…exploring the material and the transcendental with a curious and inquisitive mind, endlessly creating and inventing. Visual, active, spiritual, an animal and planet lover, a health freak and devoted student of life and myself.

S Since reading my degree in 2001-02, I have worked always in the field of human expression: in art, in communication - and in the world in between.

I am grateful to have been freelance most of my career, and the exposure I’ve had to so many projects, working with so many gifted professionals has been priceless: from Steven Soderberg, to Paul Arden, Aitana Sánchez-Gijón, Benicio del Toro, Óscar Jaenada, Imanol Uribe, Sonia Grande, Javier Aguirresarobe, Domingo Sarrey and Alessandro Orlowski… to name just a few. Working with geniuses is very intense and sometimes complicated.

In my Linkedin profile I have presented most of my work, although some I have forgotten, and others I don't even mention. Still, you can watch and enjoy the videos, ads and trailers there. In addition to my list of achievements, I have accumulated valuable experience from each failed attempt that paves my path. How is experience measured, in kilograms?

My mind is so busy that I try to meditate every morning in order to settle my racing thoughts. I can think of so many projects and have so many interests that too many projects pop into my mind, so I am learning to only choose four at a time, to be more focused and efficient. At this moment in my life, there are three fundamental occupations I need to maintain balance: my daughters, my practice (asana and meditation), and my writing. The fourth project is the one I choose carefully.

My interest in wellness, food and eastern philosophy deepens with time: in 2015-16 I take the Reiki I and II initiation; in 2019 I certified as a Hatha Yoga teacher (Yoga Alliance); in 2020 as an IIN Health Coach. In 2021 I take the Gut Health course of the same Institute and a 50h Yin Yoga Teacher Training (Yoga Alliance).

Would you like to know more about my personalized 1:1 Health Coaching Program?
Drop me a line for a free Health Consultation.
I can help!

As an entrepreneur I am looking into a couple of projects that integrate Yoga, Nutrition, and Sustainability ...
Again, I need more hours in a day!!

I will keep you posted!

I am a Storyteller

That is my thing: telling stories. Real or fictitious, lived or invented, with words or images. My specialty is to write or rewrite, to envision or adapt, to develop or conceive: strategies, concepts, projects, stories, ideas, words. These days I put them on paper, there was a time when I captured them in video

Fiction? I come up with… well, you name it! Any hot topic? I graduated as a journalist, so I can do the research. Opinion? Oh boy, I have every color… But, what I like to talk about is yoga, spirituality, philosophy, motherhood, parenting, personal growth, health and wellbeing, alternative therapies, nutrition, cooking, travel, cinema, technology, literature, art, or creativity - you hardly need to ask me, it just comes out.
Showreel 2004-2008
My first job was writing for the school magazine at age 13. This natural predisposition for writing led me later to Journalism School. I spent my first internships writing content for a “vertical portal of electronic music and trends" (that’s how they spoke back in 2000). Portaldisco did not survive the Dot-com bubble, but all of us who started there are still linked to the digital sphere in one way or another.

I studied for many fascinating years in school, university, and on the streets of Madrid, but where I learned discipline, resolution and to be proactive was on set. I would recommend this initiation to anyone because it provides a rounded experience of what it means to work: In this environment you perform under a level of stress comparable to the battlefield, functioning with the same absolute and devoted hierarchy, a place where you do not question, but you follow orders, where the team always comes first, working only for the collective glory; a world where deep and ephemeral friendships are forged, and a world I still look back on with the same nostalgia as you remember your long-lost youth.

I never stopped writing, and my short films and many of my videos are from that time (2007-2011). I have them all up on my YouTube channel. Have a peek.

I have had the immense fortune to travel the world, always camera in hand, editing imaginary documentaries in my mind. The Traveller is a failed blog project about Slow Travel. It fell apart when my editor burned her computer with "De Madrid al cielo" my film on Nepal inside, and no back-up, of course.

I I was hooked on Pinterest in 2010, the most established and undervalued hub of images and trends in the digital market. Back then Pinterest only hosted high-quality images. An endless source of aesthetic inspiration and a visual reference for almost any line of work, I invite you to peek into my precious folders.

In 2013 I settled in Abu Dhabi to concentrate on writing fiction., I resumed the Gaia’s Prophecy manuscript, and at the same time, I embarked on a decisive path for my future: I strengthened my practice and deepened my study of yoga.

In 2015 and 2016 my daughters came into the word, thus beginning the most challenging personal (and professional) episode of my entire life: becoming a mother. The vicissitudes of my matrescence process have been amply reproduced in my second publication, Lo que nadie me dijo sobre la maternidad (y el sexo), which translates something like: What nobody told me about motherhood (and sex). 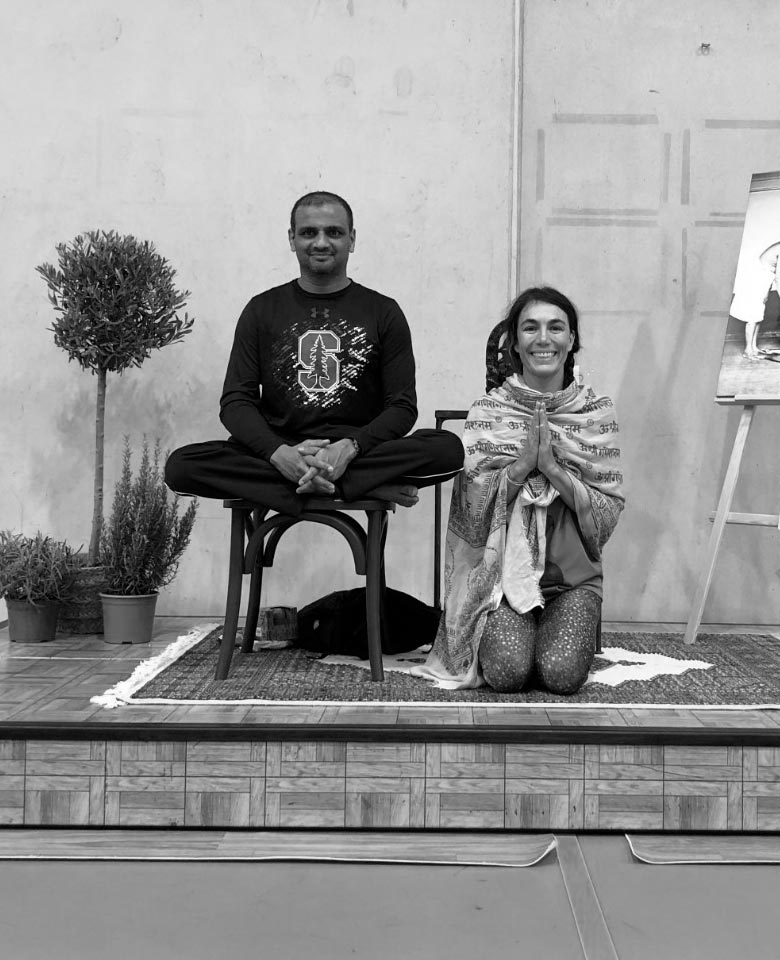 Social Networks? Very hard to escape them, follow my ideas, inspirations and steps @IsabeldeNavasques in FB and IG

The second instalment of the fabulous adventures of Kiso Maravillas: Kiso Maravillas, has been in the oven for years. I have the plot and seventy-two pages that are waiting to be fluffed up, but first I have to finish something else...

I am deep into my third novel, an urban story about strong feelings and living on the edge. It is a project that has been ongoing for as long as I can remember. A book that collects experiences and adventures, both my own and borrowed, and that I have had to allow to settle within me for more than twenty years... To write certain episodes, one must acquire the perspective given by grey hair.

If you ask me how to learn to write, I'll tell you: by reading. I read everything I can, although I would like to do it much more. I already know that this life is not long enough for all the books I want to read, not only for lack of time but ability. There are certain writings that require a special vital and intellectual disposition. I have released myself from the burden of having to finish a book. Today I give a book 100 pages, if I’m not hooked by then, I put it down, no matter who the author...

There was a time when Linkedin held a reading widget. The moment it disappeared I was lost. I need to write down what I read because I forget, don't you? Soon after I discovered Goodreads… how could there not be a social network to connect readers? Follow me on Goodreads.

Life Creator in the physical and the metaphysical.

I do not exaggerate when I say that I pay with blood, sweat, and tears to get it done.


I am the mother of two girls, which seems like an immense responsibility.
I try to raise them within the human fragility that characterizes me, with respect and love for all kinds of life forms, family, and a force bigger than ourselves, which in order to be able to embrace it, we call God.

I work with the tools of verbal, written, or audio-visual language to bring out to the world what beats inside of me, as a Health Coach, I help people find joy through healthy options in food and everyday life.